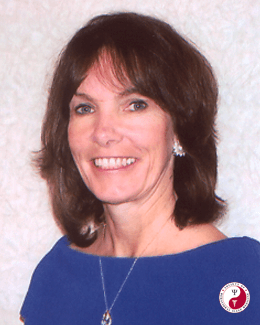 I am the Clinical Director of the Kettering Sleep Centers in Dayton and an Associate Professor of Neurology Wright State University Boonshoft School of Medicine. I also serve on the board of the SBSM as president-elect.

As an experimental psychologist, I began my career doing dream research in Cincinnati, followed by sleep research in California and then sleep medicine at UCLA.  I currently manage sleep centers in Dayton. I have been involved in both clinical practice and research throughout my career.  My research interests include insomnia, arousal, sleep deprivation and daytime performance.

I got into sleep when I was in college because I needed a job, but I stayed in sleep because of the wonderful people that I had the privilege of working with including: Tom Roth, Dennis McGinty and Peter Hauri.  I also married another sleep researcher, Mike Bonnet. It was the very beginning of the field and it exploded with excitement because every research study was a first and every finding a new discovery. It was the Big Bang of sleep and I became hooked despite the warning from the chair of my graduate school that “sleep was not a legitimate area of science or research and I should find something that will get me a job.”  Decades later he told me, “I’m glad you didn’t listen to me.” My mother also told me when I went to college that I could study anything but to stay away from that psychology stuff.   Years later, she proudly came to my graduation for my PhD in psychology.  I attribute my success to pursuing things that I was passionate about, alternatively, I might just be bad at following directions!

I have served on the boards of the AASM, BRPT, ABSM and SBSM as well as being a site visitor for the AASM, chair of the accreditation committee and reviewer for the JCSM and Sleep.  It has also been my privilege to serve on NASA research panels and talk about sleep that is out of this world like sleeping cocooned and velcroed to the ceiling in the international space station with 90-minute days.

I enjoy travelling, cruising, skiing and cooking. Most of all, I like spending time with my family, especially my son and daughter who continue to surprise and delight me.  They are both physicians and my greatest accomplishments.  My plans include a cruise to beautiful Tahiti, Bora Bora and Moorea, followed by a cruise around New Zealand, which is at the top of my bucket list.